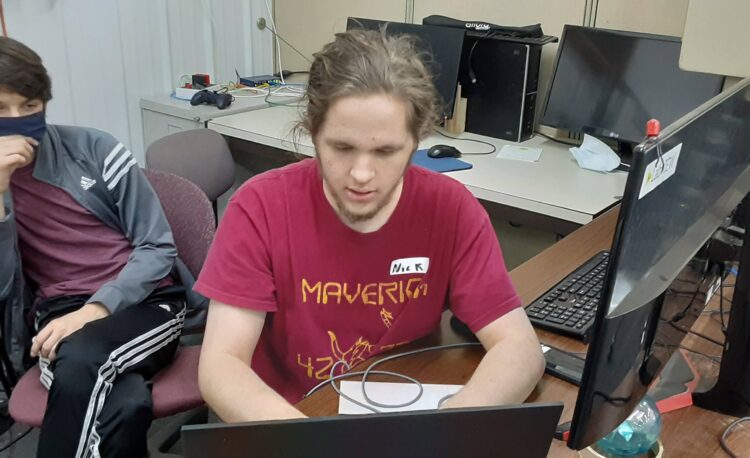 Hello, I’m Nicholas, even as a 5th year member of FIRST, with this being my 3rd year as an FRC student, I am still learning new things, even in the spaces that move the slowest. As the lead programmer for the team, I still learn new things from the people who are new to programming in general.

For example, at my old FRC team, we had never broken things apart into subsystems for the code, but rather implemented everything as a whole robot, and hope there was continuity between everything that it would work smoothly. With subsystems, it changes a lot of that, to the point where it is easier to fix errors that come up because everything is essentially in its own box that is isolated from the other subsystems.

Even though I have been learning quite a few new things, I still got to implement much of my old knowledge and apply it to creating a framework on how our code is going to be laid out so when we start getting the robot put together we can start developing for the final competition and build off of our framework that includes the boring structure on how it works (it is very similar to a skyscraper in which we are putting up a steel structure, then will work on making it look like a building when we get the other materials).