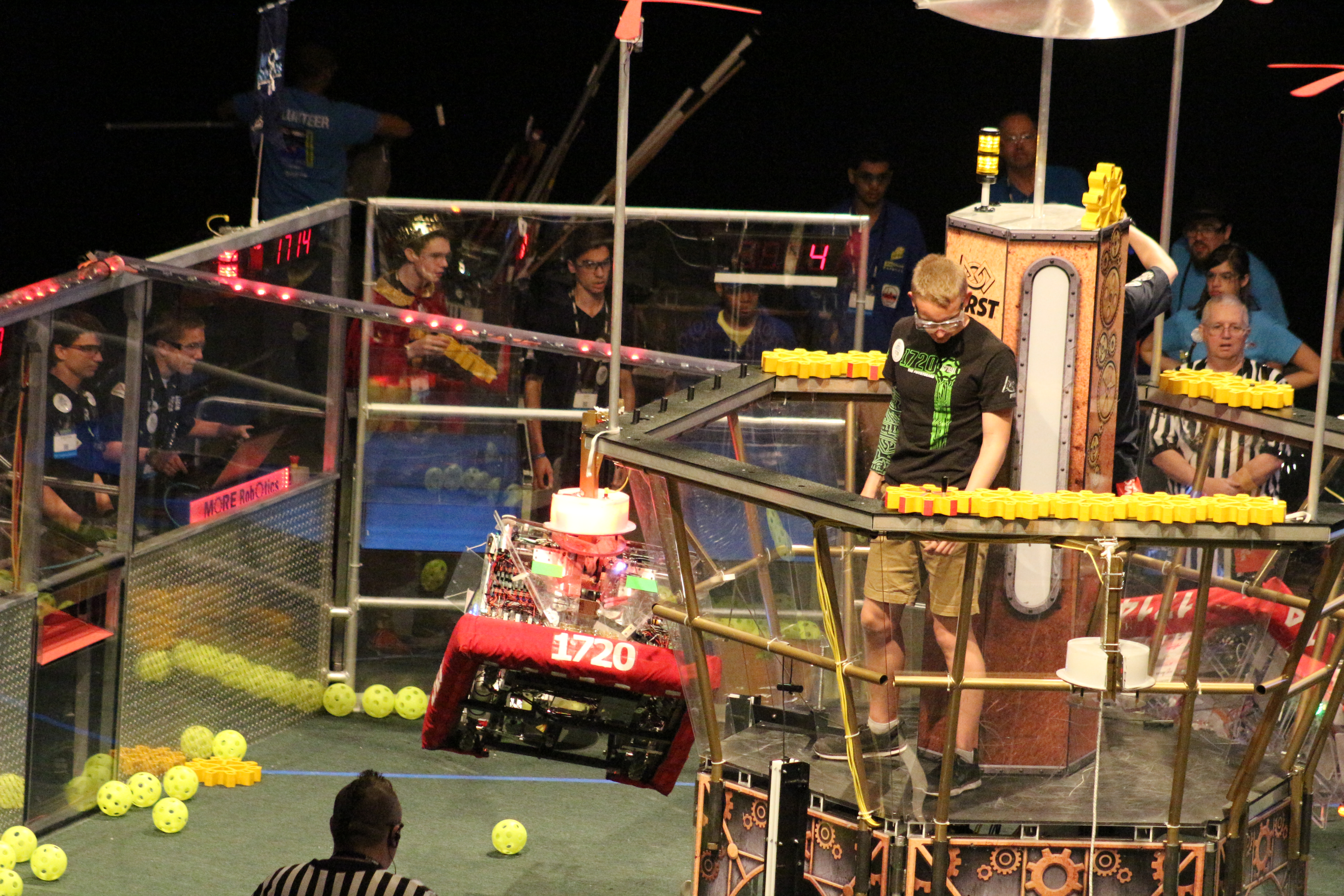 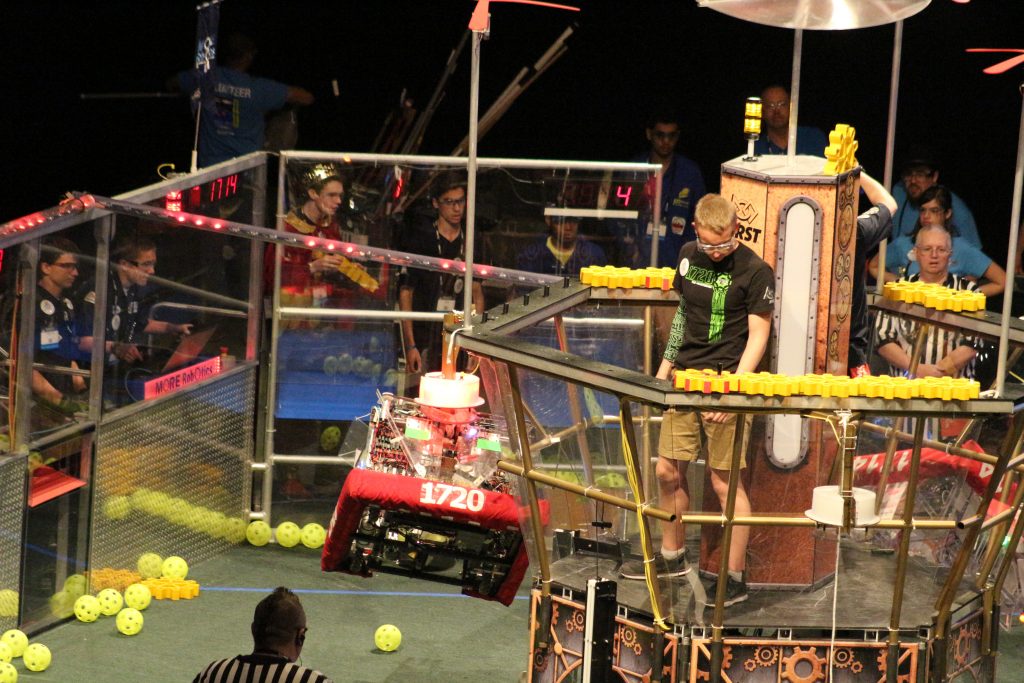 During our world class experience in April, 35 students and mentors from Muncie’s own PhyXTGears team 1720 traveled to St. Louis, Missouri, to compete in the World Championships of FIRST (For Inspiration and Recognition of Science and Technology) Robotics, making it to the quarterfinals in the elimination rounds on their division field, Curie, named after scientist Madame Marie Curie.

After two days of qualification matches, PhyXTGears ranked 26th of 68 teams playing in their division. Only 32 of those teams made it to the division finals after the top eight teams each chose three other teams to play with them on a solid alliance. 1720 was chosen as an alliance mate by 8th seeded team 71, the Beast, from Hammond, Indiana.

Part of the experience of the competition was competing with and against teams from all over the world. One team PhyXTGears played with was from France. “It was amazing to work with other teams because we got to see what perspectives they had when working with this year’s challenge,” said drive team member Jessica.

FIRST Robotics is not only robots. Several colleges recruiting students from FIRST talked to students and offered them scholarship opportunities. Industry speakers also gave seminars about topics such as engineering, programming, media, women in science and community impact.

Students had a chance to have some good, STEAM fun at the competition, too. FIRST had an Innovation Fair with virtual reality games and brush bot making competitions. FIRST Robotics hero and co-founder, Woodie Flowers, also met some of the team’s students. Media student leader Ashley Martin said, “It was really cool to meet one of the FIRST rockstars and seeing how calm and relaxed he was with everyone fangirling over him and it was especially cool having ran into him completely by accident.” She and her teammates came across their hero after walking out the wrong door of the America’s Center where the event was held.