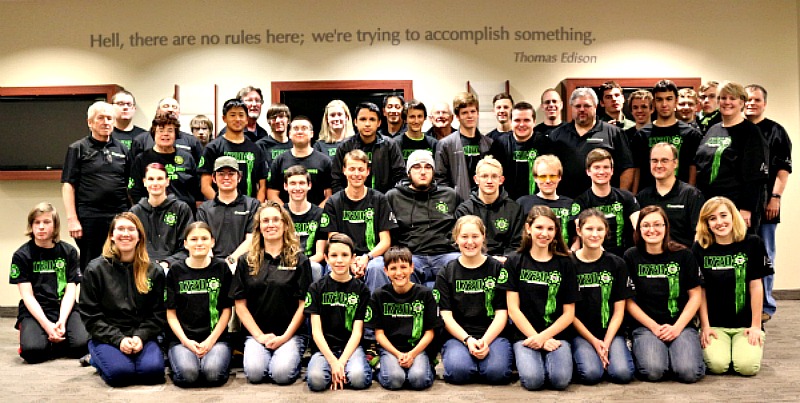 On January 9th, 2016 PhyXTGears Team 1720 gathered together at the Innovation Connector* in Muncie.

Our team President, Ben Bennett gave the opening speech to the team, giving us a quick introduction into this years kickoff and the agenda for the day. He was then joined by Julia Schlenker and they both gave us their expectations for the team this build season. With a bigger than ever team and only 6 weeks to pull together, expectations must be in place beforehand in order to build a great robot.

At the end of their list of expectations, Ben said, “Everyone wants you to be the best you can be. This is your chance to do it. Stepping up and being at your best on this team is what will make or break our build season.”

Ryan Spangler, who was a member of PhyXTGears for 5 years, came back from college for his 6th kickoff. He had these words to say to our team, “It’s something I look forward to every year and it’s something you’re going to remember for years.” As we watched the official kickoff video, everyone was buzzing with excitement. As the interviews went on, Woodie Flowers put “Gracious Professionalism” into terms that anyone could understand – “it’s competing in a way that would make your grandmother proud”. We were close to learning the game of the season and to what our challenge would be this year. The excitement grew as we finally learned what the game was — FIRST Stronghold.

When Mike Koch, our Head Mentor was asked about the kickoff, he had this to say, “The usual impossible task, which is slowly being understood, will be conquered.”

After lunch we split up into separate groups, were assigned different chapters to read, and began to comprehend the complexity of this year’s game. After each group digested a chapter of the game, we all came back together, and the game was being understood little by little just like Mike said. 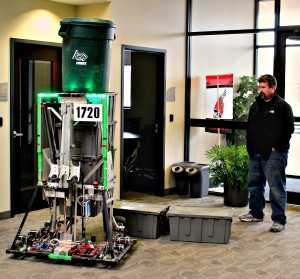 A couple of students shared their thoughts about this years kickoff event, and of the game this year. Here’s what they had to say:

“This year’s game is going to motivate us and push us beyond our boundaries as a team. Watch out cause the freight train’s coming!” -Caleb M

“I have been really inspired by the amount of Monty Python references today. It’s cool to see scientists and engineers able to have a laugh too.” -Robbie C